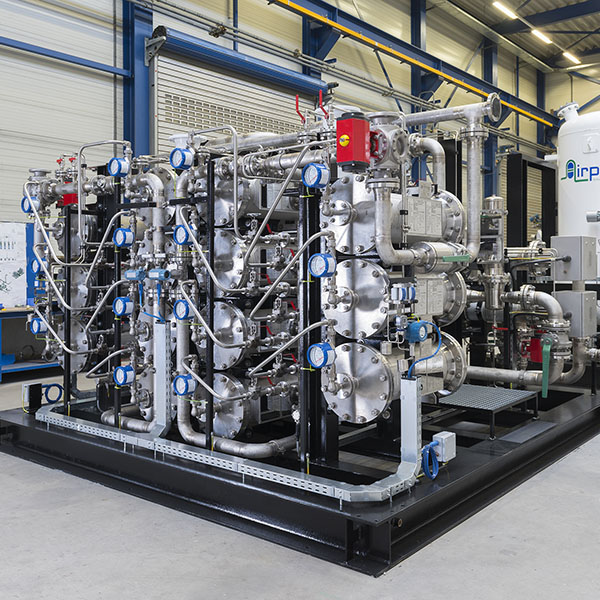 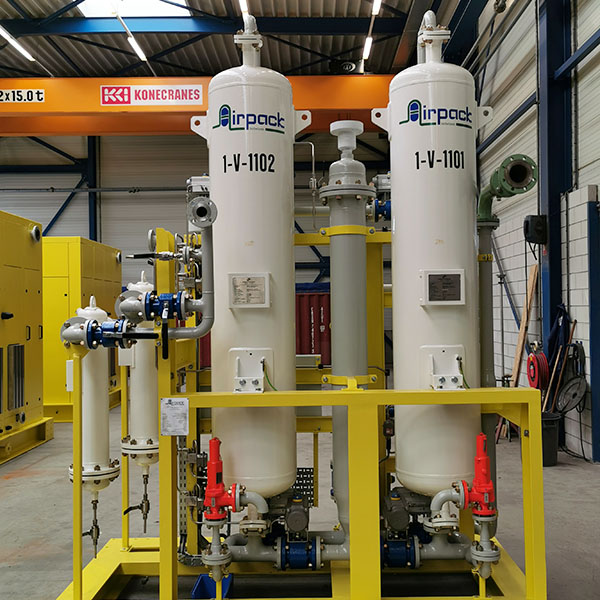 The largest component of breathable air is nitrogen gas -- 78 percent in fact. A noble gas that is not subject to chemical reaction, nitrogen is unnecessary for the survival of humans. On the other hand, it is essential to plant life and is thus a major ingredient in organic and chemical fertilizers. Yet it is so much more. In liquid form nitrogen serves as a refrigerant. It is used in chemical processing, and in the manufacturing of clothing fabrics, wall paper and other articles in home decor. One efficient way to obtain this ubiquitous element is through air compression.

Why Is Air Compressed?

Many industrial apparatus and devices are powered pneumatically, i.e. by condensing air and reducing its volume, compression creates pressure which is energy that activates and sustains moving parts. Air brakes on trucks, buses and trains; dental drills; construction lifts; and mining equipment are all examples of air-powered mechanisms. As the inventory of tools and machines grows, so too does pneumatic technology grow more efficient and diverse. There are multiple ways to compress air and channel the pressure by means of controllable valves. One of the positives from this progress is that nitrogen can be extracted from air.

Air is condensed by a variety of means. Each is useful under certain circumstances. The most commonly employed compressors include:

But what has any of this to do with nitrogen?

How to Get Nitrogen from Compressed Air

When air is compressed, its constituents are likewise. So, an air compressor is in this respect also a nitrogen compressor. It would seem that compression would make nitrogen generation more difficult since the molecules become increasingly compact. Yet, in fact, the more concentrated the nitrogen molecules, ironically, the simpler it is to filter them. Using a membrane nitrogen generator is one method of doing this. Consisting of hollow fibers with miniscule pores, the membrane blocks the nitrogen while allowing the oxygen and other air components to pass on through. More complex systems will purify the air of water vapors and hydrocarbons before trapping the nitrogen.

Another technique for nitrogen apprehension from compressed air is based on the manipulation of pressure. A pressure swing adsorption (PSA) nitrogen air compressor sends the pressurized flow through a column or sieve, the surface of which is populated with carbon granules. These fragments attract the oxygen of the air so that O2 molecules adhere to the column inside surface while the nitrogen passes through. At this point, the nitrogen flows through a de-pressurized column. In like manner, PSA generators can also have pre-treatment elements before nitrogen extraction.

Many air compressors can not always deliver the necessary pressure for a particular job. A nitrogen booster compressor can supplement the usual compression instruments by jacking up the pressure four to six times what they are able.

Nitrogen is used -- probably most often -- to create ammonia which, in turn, is used in synthesizing fertilizer and munitions, among other things. Other practical uses include:

Nitrogen is useful, and even necessary, for so many activities vital to the economy, public health and public safety. Removing it from compressed air is an efficient way to access a ready nitrogen supply. Whether filtering it out using membrane technology or separating it by means of carbon-lined columns, nitrogen processors will never run short of this abundant inert gas.